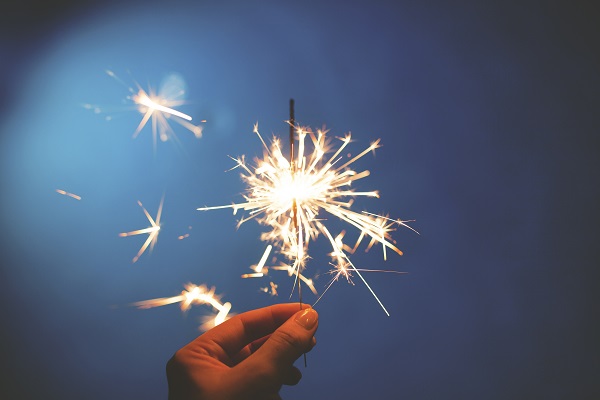 What’s Up With Resolutions?

It’s that time of year! You know, where everyone is thinking back on all of the things they wish they had actually accomplished this year and they’re convincing themselves they’ll get it done next year. It’s time to set some New Year’s resolutions!

But what’s up with that? Why does it take people a whole year to reflect on what’s going right or wrong in their life and try to change their direction? Why does it take you a year to realize your diet and exercise regime is something you couldn’t stick to and you’re no better off than you were last year? Why were you still unmotivated in your career doing the same old thing? Why didn’t you get your head in the game for school? Why did you continue to pursue toxic relationships?

Resolutions are all about trying to get better; we’re trying to continuously improve. Often when I talk to people about “agile” software development, all that I really try to drive at is that “continuous improvement”, in my own personal opinion, is really the important part.

So to continuously try to improve, you need to analyze what’s going well and what’s going not so well, set some goals, try things out, and re-evaluate. It’s a nice iterative cycle. It’s kind of like setting mini resolutions for yourself (or in the case of software development, maybe for your team or teams).

The big difference is the amount of time between measuring whether or not your change is having an effect! Waiting an entire year to try and measure your success would be absolute insanity in a fast moving software environment… why haven’t we gotten better at realizing this for our own personal continuous improvement?

I’ve been reading a ton of Mark Manson material lately because of events going on in my life and the fact that the way he writes really aligns with how I often talk to my close friends. There’s analysis, there’s some humour, but it’s often a bit blunt and to the point. It’s actually a really nice change from many leadership, self help, or similar content where everything almost feels impossibly positive. This just feels like a real person talking to you.

Mark talks about setting goals in this blog post, and it got me motivated to reflect on my own goals and even write this post. In Mark’s post, he talks about our identities being built up by a bunch of habits, and goes on to state that some research shows that often habits only take about 30 days to form. In his opinion, using a whole year to set a goal of changing, adding, or dropping a habit just allows us to procrastinate for the entire year and then ultimately we fail.

His suggestion? Shorten the time frame.

If it takes on average 30 days to make a habit, why not have a “New Month’s Resolution”? Setting resolutions this way should then allow you to establish a new habit and then at the end of the month reflect on whether or not it worked well. You have less time to procrastinate. Your iteration is much shorter. Interesting.

I figured I’d wrap this up by sharing some of my own goals publicly. I have a few things I’d like to work on coming up for the year, so I’ll outline them briefly:

But those aren’t my resolutions! Those are all just ideas for things I’m interested in improving. So taking some of Manson’s advice, I’m going to take ONE of those things and try to form a habit out of it for a month. Focusing on one thing at a time allows you to really give yourself an opportunity to establish the habit without worrying about too many other things, and ultimately setting yourself up for failure.

My first resolution is going to be to try out meditation. So for the first month, I’m going to try meditating four times per week for about 10 minutes at a time. I should be able to easily do this for two days on Saturday and Sunday where I don’t really have any external commitments, and then during the week I should be able to find at least two days before work where I can give this a shot.