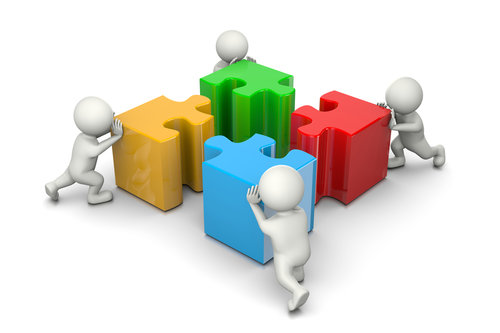 Who Needs A Team?!

I’ve been building RPG backends for as long as I’ve been able to code. I think my first one that I made for my grade 11 class is the only RPG that I “finished”… It was text-based and all you could do was fight AI via clicking attack, buy better weapons, level up, and repeat. It was also 10000 lines of VB6 code and so brutal that I couldn’t add anything to it without copying hundreds of lines of code.

Since then, I’ve had the itch. I keep rewriting this thing. I keep taking “Text RPG” (super cool and catchy, I know) and rewriting it. I had my first visual representation of this game called Macerus (here’s another rewrite for unity), which is actually how I landed my first co-op job. But every time I’d get so far, I’d decide I needed to rewrite it because I had messed up the architecture in some way and refactoring would be too much work.

My latest attempt is called ProjecyXyz, because I can’t come up with names. And funny enough, I just Googled it while writing this article and there’s actually a company with the same name… So maybe I’ll have to get more creative. ProjectXyz is supposed to be a very generic RPG game framework that allows new systems, mechanics, and game content to be dropped in, in addition to being independent of a front end for rendering.

Too Much Pride For A Team

I think initially I wanted to do this all on my own because of pride. I also don’t think it was something I was conscious about except for the fact I looked at this project as my baby and something I could control the development of. I wasn’t consciously telling myself “I have to do this on my own so that I’m better than other people” or anything silly like that.

But why would I go ask others for help? They don’t code like me. They don’t have the same investment into this idea as me. They aren’t as passionate. They might have their own ideas for how to do things too! How could I have someone like that working on MY project?

Those are all pretty naive reasons for considering to work alone though. Sure, this is my pet project and I’m going to likely feel more attached to it than anyone else. That’s probably expected. It doesn’t mean that I can’t find people that are super interested in working on something like this. They could be totally passionate about learning different aspects of creating an RPG backend.

As for having their own ideas… That’s probably one of the BIGGEST reasons in FAVOUR of having a team! It’s easy to get scared about having other people put their ideas into something you feel like is “yours”. It might have taken a few years of working in the industry (currently just passed 6 years of working at Magnet Forensics), but it’s actually very common for other people to be contributing ideas into code bases you’re working on. It happens every day. Sometimes you have design meetings or code reviews or general architectural discussions and your idea ISN’T the one that’s picked. That’s cool! As long as everyone is striving for extensible and testable code, we can make changes if we need to going forward. You don’t need to make every decision and sometimes it’s much better that way. Other people are smart too 😉

Passion is Key for a Team

While the “team” I started isn’t an official team, it’s the first time I’ve been very open to having people directly contribute to my pet project. I think one of the most obvious reasons I became comfortable with this is because I found someone that was very passionate about exploring this space.

My colleague and I were talking about some of the concepts in ProjectXyz and where I wanted to go with it. Immediately he expressed interest in map generation and how that’s always been something he wanted to explore. How can maps be procedurally generated? Can we take this concept and generate maps on the fly? What are memory and runtime constraints? How do we represent this information in code? What about persistent storage?

I could immediately tell he was very curious about how a system like this might work. After several conversations with him about how he was starting to hack up some ideas and doing research on different algorithms, I knew he was passionate about it. We discussed working on some of these things together and contributing to the project code that I have, and we’ve been going back and forth for a few weeks now sharing ideas and his progress that he’s making for map generation. I’ve been hands off only really acting as a sounding board for him.

I think having someone passionate like this is critical for a small team. There’s going to be many barriers when working on a challenging project, and it’s easy to get bogged down and lose motivation when you’re stuck. Having additional people that are passionate about seeing progress in your project means you have some support for pushing through those hard times when you might lose motivation. If my colleague comes to me and says “I’ve been stuck on this issue and maps wont generate how I want…”, then I’m more than happy to sit down with him and talk through his algorithm and maybe where there’s an issue. I’m invested in seeing his piece come to fruition. Similarly, if I’m working on something like dynamic item generation for the game and I get stuck, I know he’s there to do the exact same thing. We both want to see this thing working how we intend.

So passion is important for a team. But is it sufficient? Is it the only requirement for adding a team member?

A Team is Built on Trust

Trust! Trust is a huge part of establishing a team because you need to be able to rely on each other. As mentioned, my colleague is passionate about working on this and has an interest in map generation. But what if I had never seen any of his code before? What if I didn’t know if he’s had practice with writing extensible code, testable code, following good design practices, etc… What if?

To be honest, I probably would be pretty nervous about him contributing code. It might be a huge barrier for me. I’d want to review his code and make sure it wasn’t “polluting” my pet project. I’ve re-written this code enough times that I really don’t want to have to think about rewriting it again! If I was nervous about someone contributing code I was going to need to re-write from scratch just to have an extensible design, it might not even be worth it having them contribute in the first place. It might actually create MORE work in the long run. It sounds selfish, but if the goal of adding someone to the team is to provide a net positive effect, then having to re-write code that isn’t up to par might be a deal breaker.

But that’s not the case here. I have multiple years of experience working with this colleague closely on various projects. We align to coding practices but still have our own twist on things. We value the same things in “good” code (extensible and testable). We use many of the same design patterns in similar situations. I’ve seen enough of his code to know that most of the time my comments about it are “oh, have you considered” and not “… you need to rewrite this”.

I can trust that what he wants to contribute will be aligned to my vision. I also can trust that new ideas he introduces are probably awesome new perspective that I hadn’t thought of. I also trust that if we disagree on something, we’re open to discussing it and coming to a resolution. So trust in this case certainly removes the barrier to entry to adding additional people to my hobby project.

Should You Form a Team?

While this was a pretty general article, I just wanted to get you thinking about opening up your hobby project(s) to other people to contribute. This is something I wish I would have considered more seriously early on. Maybe I wouldn’t be re-writing my project for the millionth time!

So what do you think? Is your hobby project kind of stale because you’ve hit enough roadblocks and it’s time to get some more firepower to tackle it?

Share your thoughts below about your experiences with forming teams for your hobby projects!

Dependency Injection with Autofac – A Primer