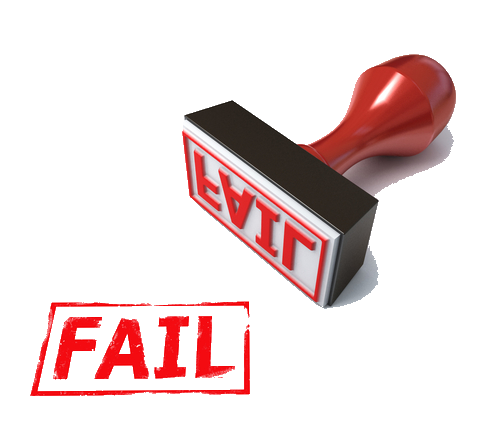 So this post will be pretty short, but I wanted to quickly touch on a workplace experience that happened the other day. I was approached by a colleague (who’s perspective I really value) about the way some of us on the team were discussing a series of events. This individual was really concerned that we kept calling it a failure, and in this person’s mind, we hadn’t truly failed at anything. We had done an experiment in terms of tackling a development problem and the team had reached a critical mass where we declared “enough is enough, this is a failure”. I became concerned because I wanted to make sure this person and I were on the same page.

I couldn’t totally wrap my ahead around why this person was so concerned about calling it a failure. In my opinion, all the evidence was there to call it a failure! But I guess that was just a failure on my part to communicate properly. I think that there was a work culture gap where this person was viewing our declaration of a failure as something really negative, whereas a lot of us were really just marking it as a point of realization to not continue along with something. All of the reasons this person offered up for why our experiment was not a failure were true. We hadn’t missed a deadline to ship and we had a plan for how to work around it. That sounds like success, right?

I guess the communication breakdown was really this: There’s nothing wrong with failing. We tried something and we’ve identified that it’s not working. That’s a failure. What makes us successful? Being able to identify our failures, learn from them, and improve going forward. And that’s exactly what we’re doing. Acknowledging a failure and planning how we can be better next time around.

So with that said… You should be failing when you push the boundaries. Just make sure you learn from your failures.