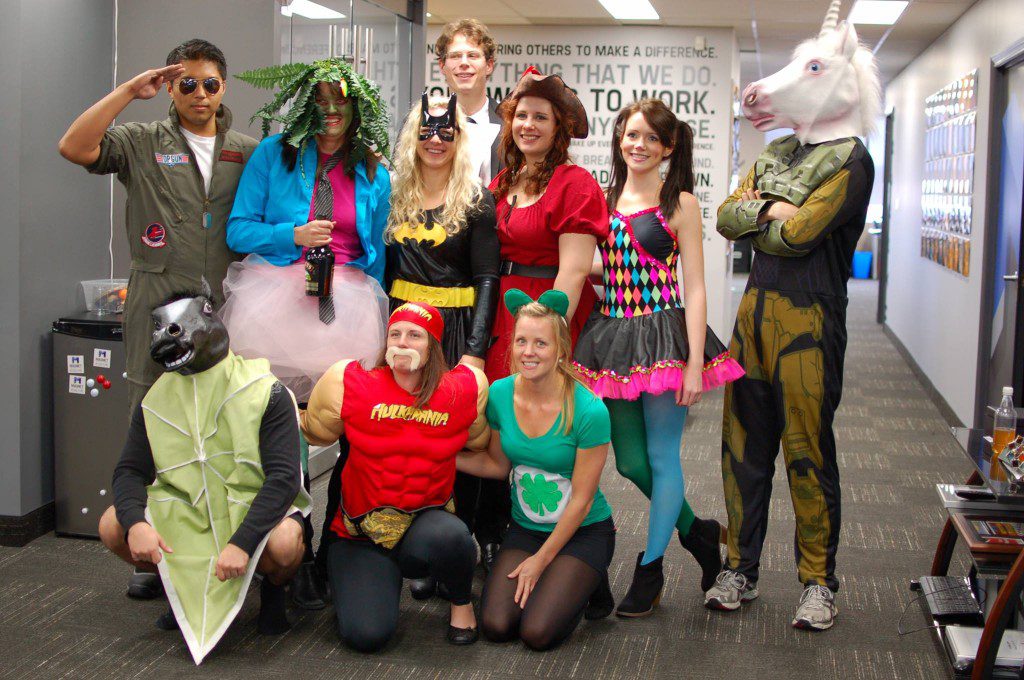 Happy Halloween, everyone! I hope those of you who were out and about with your own little ghouls and ghosts had a safe Halloween this year.

Halloween costumes were pretty creative again this year at Magnet Forensics. I tried going with my own Horse Lime attempt, but it’s difficult when not many people know what the Horse Lime actually is. Regardless, my awesome mother put together the lime portion of my costume, and I was extremely grateful for that (and yes, I’m in my mid 20’s. No judging). I think it turned out pretty damn good.

This year, Saige won our Halloween costume contest. As Old Gregg, it was hard for that to not be a sure-fire win. Complete with Bailey’s in hand, I think the only thing that could have made it better was a set of watercolours to go with it. Absolutely awesome job.

Happy Halloween! Remember to follow Dev Leader on social media outlets to get these updates through the week.