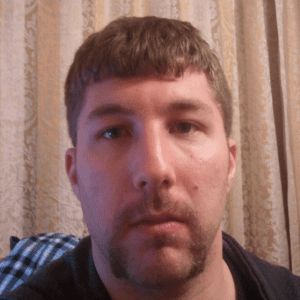 Cameron Sapp and a Little Background

A couple weeks ago I mentioned that I wanted to start publicly acknowledging some of my teammates. While this is the first one, it certainly won’t be the last. At Magnet Forensics, I’m surrounded by many individuals that bring a lot to the table. There’s certainly no reason and no way I’d only be able to pick one person to write about. Now there wasn’t a particular reason I picked this individual first, but I think I had some concrete things fresh in my head that I wanted to share. Without too much more rambling, I’d like to introduce Cameron Sapp!

New Kid on the Block

Cameron joined our team earlier this year. I don’t think any of us doubted his technical abilities and we were all excited to bring him on board. After all, we have a ton of stuff to work on and we need more great minds working with us! We were getting pretty impatient waiting for him to start, but it was definitely worth the wait.

Cam fit in to the work culture really well and really quickly too. Heck, he’s one of Team Magnet’s awesome volleyball players! Something people may not pay attention to is how much a work culture fit is important in a small organization. Being able to get along with all of your teammates and share a common vision is absolutely crucial for being successful. Luckily for us, Cameron fits in well with the team and definitely embraces the Magnet culture!

I was recently told by a bright individual, Dan Silivestru of tinyHippos, that there will be a time where someone younger is going to show up and surprise me with what they know. Of course, it’s not that I walk around doubting the ability of people, but unfortunately it’s pretty common for age and/or experience to bring about big assumptions for people’s abilities. I’m still young and early in my career, so I don’t think age is something I’m concerned with–but I might be guilty of thinking highly of my technical abilities. While Cameron isn’t the first, and certainly won’t be the last, he definitely was able to pull some tricks from his sleeves to impress me. For that, I would like to applaud him and recognize him here on The Internetz.

Whatcha Gonna Do With All Them Lambdas?

I’ve been programming in Microsoft’s C# for quite a few years now. I’m certainly not a master by any stretch of the imagination, but I’d say I’m pretty well versed. I’ve also written in the past about how I like to use events a lot when I’m programming (like here, here, and here) and almost always try to find an event-driven approach to things. But what does this have to do with Mr Cameron Sapp?

Well, you see… In C# it’s often the case where you hook up events like this:

That’s not so bad, right? Well, except if you’re making these suckers everywhere… And when you don’t want to have to type out a big ugly signature… Or when the type of your event arguments is obnoxiously long… Well, you get the point. If you’re not a C# programmer, take my word for it: if you use events a lot, having these event handlers all over the place sometimes just sucks to have to look at.

So once upon a time, Cameron stuck up a code review. Things were looking pretty good (as per usual with Cam’s code), but I noticed something right before I was going to give it the stamp of approval.

What the heck is that?! My alarms for event handler memory leaks weren’t going off (since this handler needed to exist for the entire lifetime of the objects in question), but I had no idea what I was looking at. Cameron’s a pretty smart guy, I remember thinking, so this code definitely had to compile on his machine before he pushed it up for me to review. Still… What was I looking at?

This was my first real shocker where someone caught me off guard for something I always felt really comfortable with. I mean… C# and events are my bread and butter. How was this guy showing me something I hadn’t seen before regarding events? How can he know something about them I don’t?! Well, he did it. And I’m sure that he’s got a lot more up there in that head of his that I don’t know. And I can’t wait for him to teach me it!

So this was pretty quick, and it probably doesn’t do Cameron enough justice, but I think it’s a start. We’re really fortunate to have Cameron as part of our team–both from a culture fit and a technical perspective. He’s a rock solid developer that is not only willing to adapt to our coding environment, but he’s also got lots of insight to bring to the table.

It’s important that we never put ourselves in a position where we think we know it all. As soon as you get comfortable with what you know, you stop learning. When you stop learning, you have people like Cameron show up and send you a wake up call. There isn’t a single person out there who knows everything, and you might be surprised who can teach you a thing or two.

Thanks for being part of our team, Cam. Let’s show ’em how it’s done.

Tests: A Quick Overview on Unit vs Functional Testing