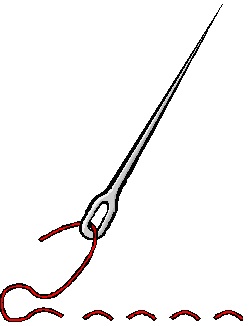 Before We Talk About Stitching…

This API usage means that:

So what’s the problem with that? It kind of goes against some design patterns I’m a big fan of, where you pass your object’s dependencies in via the constructor. You can read my little primer about constructor parameter passing, dependency injection, and Autofac to learn more.

Here’s where this little pattern I created called “Stitching” comes into play. Stitching involves using a class referred to as a Stitcher that’s single purpose is to take parameters in via a constructor, and wire them up to either public properties or public fields (but I REALLY suggest using properties) on the MonoBehaviour that we instantiate through the GameObject.AddComponent() API.

Where you can see that:

How Do We Use Stitching In Practice?

Now that we see the pattern for a how a Stitcher works, how do we actually use Stitching in practice? Let’s start by using another example:

From this, you can see that:

So What Makes Stitching Better?

You might feel like this is extra code right now, but this is where the power of Autofac comes into play. You can read my article about using Autofac with Unity3D for more information.

Ascending to the Next Level – RPG Dev Weekly #1