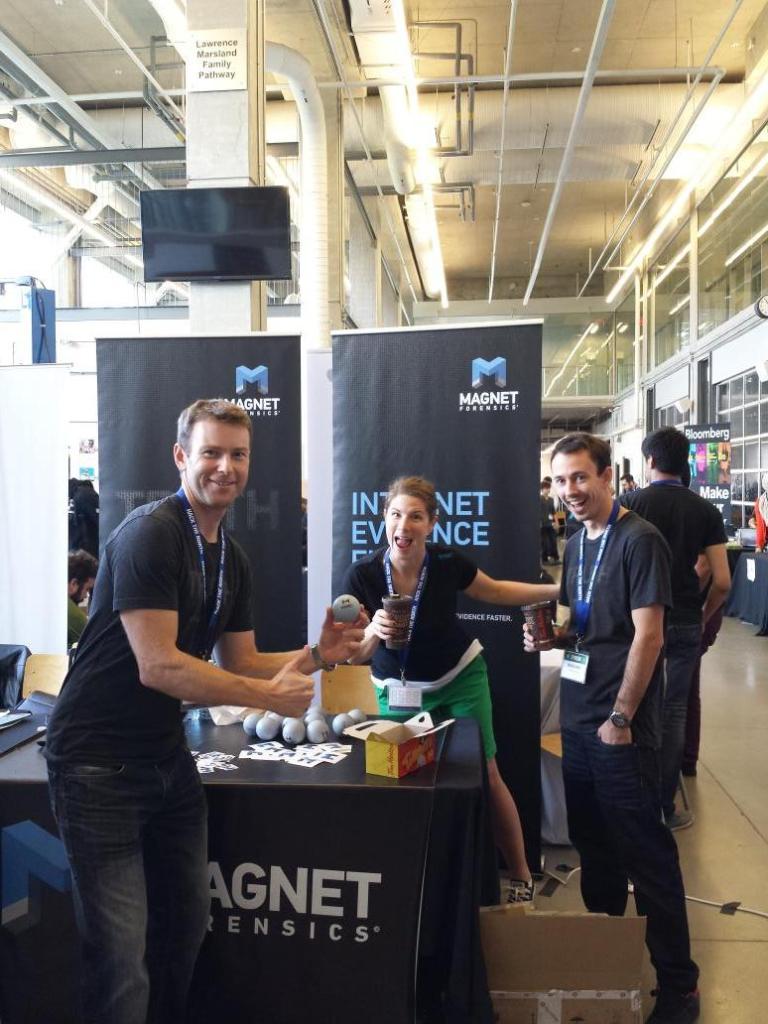 Hack The North… What The Hack Is That?

Hack The North is Canada’s largest international hackathon. It’s big. It’s bad. It’s awesome. Okay, but what does that even mean?

The idea is that 1000 people get together from all over the world in an event where they’re given 36 hours to create amazing technology hacks. There’s a lack of sleep but no lack of amazing ideas and hacked together proof of concepts that show incredible innovation. Sponsors are present to hand out prizes for best usage of their product or API to competitors as well as mentor them and provide help with problem solving. This year, Hack The North was hosted at The University of Waterloo.

This was my first time ever at a hackathon. I’ve participated in the Ontario Engineering Competition (OEC) which is much smaller scale event with a similar structure–A bunch of students get together and have to come up with a design to solve a problem. I even ran OEC in 2010 with some schoolmates (you might know them at Thalmic Labs) which was a blast. However, this weekend I was sitting on the other side of the table.

I got to hang out with a group of my colleagues at Hack The North at the Magnet Forensics booth. We had a great time representing our company and meeting tons of incredible students from all over the world. We provided assistance where we could with some of the challenges that students were facing, and spoke to them about the important role that our software plays in the life of a forensic examiner/investigator.

What’d You See There?

When I first showed up at Hack The North, it was around 9:00 on Friday night. I got there just in time for the opening ceremonies, which I thought were great. They had live Q&A with a former Facebook employee who has “made it” in the software industry and intros from some of the major sponsors at the event.

From that point on, I spent the rest of the time hanging around the Magnet booth… But that doesn’t mean I didn’t see anything awesome. We had people from all over the place coming by to talk to us and pick up some Magnet swag. We handed out an incredible amount of stress balls and couldn’t seem to keep a sufficient supply of them coming. We had our stickers showing up on everything from fuzzy viking hats to laptops to shirts to megaphones. You name it, our stickers made it onto it.

On the last day of Hack The North, we had participants coming up to our booth to demonstrate some of their awesome hacks. We got to see how Thalmic’s Myo was being incorporated or how other vendors’ APIs were being leveraged to do some really awesome things. We were really impressed with some of the things we saw.

I think even after the first night of being at Hack The North I was trying to think of what we could do next time or if we even wanted to come back… The answer to the latter was quickly an “absolutely yes!”, so I’m pretty confident we’ll be making an appearance at Hack The North again. There were so many great people at this even that we spoke with that it would be silly not to go back.

I think next year we’d like to participate even more. We learned a lot about the different ways that we could get involved, so things like speaking sessions or workshops would be awesome to get people involved with. We’ll definitely have more stress balls and unique giveaways to please the masses!

Thanks to everyone who made it out to Hack The North. Stay in touch with us! We’d love to hear more from you.

Lambdas: An Example in Refactoring Code