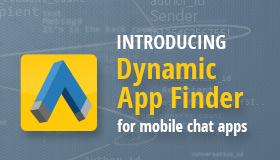 I like to be able to use these weekly article dumps for little summaries of what’s going on in my work life, and I think this is a perfect opportunity to acknowledge our latest product update at Magnet Forensics. We just pushed out v6.2 of Internet Evidence Finder and we’re incredibly proud of the work we’ve done. Like any release we have, we pour our hearts into making sure it’s a few big steps forward. We’ve done our best to listen to customers and work with them to address any bugs, but we’re always trying to push the boundaries in our features.

Some of the new offerings in v6.2 of Internet Evidence Finder include:

If you’re a forensic investigator, v6.2 is going to be an awesome upgrade or addition to your suite of tools. If you’re not, then check out Magnet Forensics to see what we’re all about and so proud of what we do. Congrats to Magnet on an awesome release of v6.2!

Follow Dev Leader on social media outlets to get these updates through the week.


You can also check out Dev Leader on FlipBoard.

async void – How to Tame the Asynchronous Nightmare