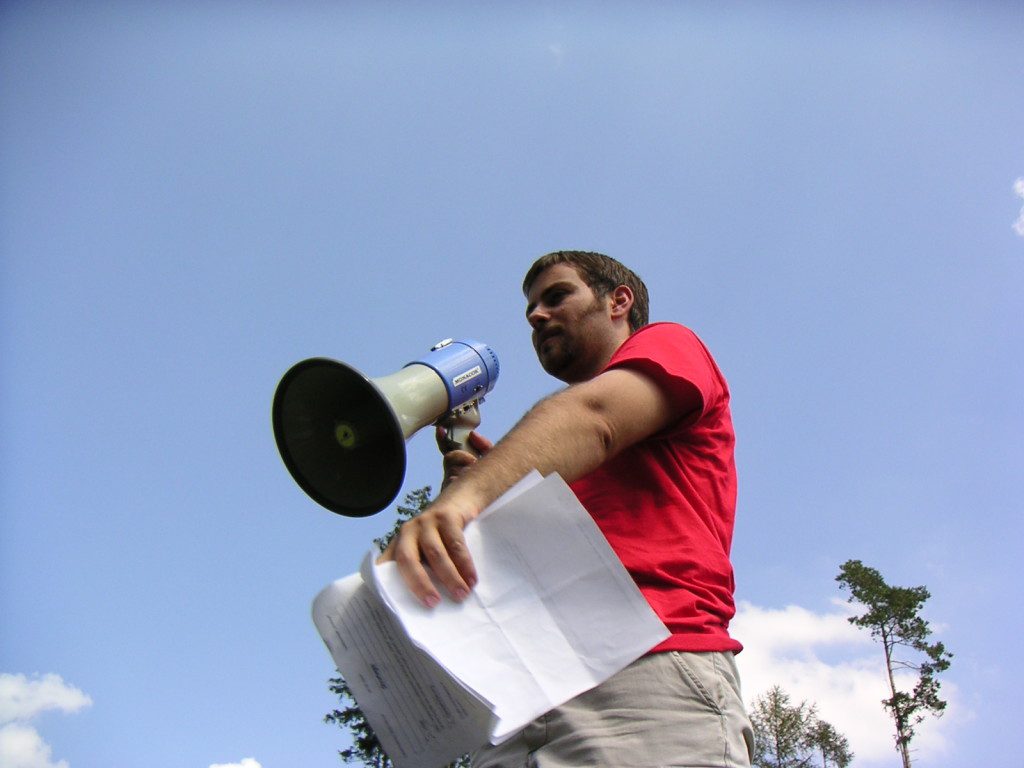 Leadership has become a big focus for me as I start to grow more into my role at Magnet Forensics. As a developer, I feel like it’s easy to gain basic knowledge and experience with unfamiliar programming territory just by surfing The Internet. With leadership, that’s certainly not the case for me.

What’s my most recent realization? Lead by example if you expect anyone to take you seriously. As a young leader (and with little professional experience in a leadership role), I think this becomes especially important. When you lead by example, you’re showing others that you’re really behind what you’re preaching.

Lead by Example: A Simple How-to

Maybe it’s obvious, but I really don’t think I’m over simplifying my message when I say it. To lead by example, you just do what you expect other people to do. Obvious, right? If you’ve been working for long enough, you’ve probably had a boss that you thought was doing a poor job. There’s many reasons for this, and I don’t want to turn this into a negative-dwelling-unhappy-rant party, but one such reason is it felt like they were just passing down orders to you.

What’s more disengaging than having someone that’s locked up in a room come out every couple of hours to assign you a new task? This boss of yours was doing a poor job of demonstrating meaning to you. Why was doing what he or she was telling you to do was the right thing-the thing that’s going to help get the company to the next step? He or she was not using what I would now call leadership rule #1: lead by example.

Okay. So you’ve envisioned the times when it sucked. We’re off to a good start, because hopefully things can only look up from here. What would you have done differently if you were in your old boss’s shoes and you wanted to inspire an alternate-universe-you to do a good job? There’s probably a handful of things you can think of (and for certain people with certain bosses, maybe that handful is multiple gorilla-sized handfuls).

What if your boss, your manager, or your leader had actually sat down with you and guided you through their expectations? What if the first time through a particular task you sat together and worked through it as a team? What if there was nothing left unclear and you could truly get behind what you were being told? I’m sure you wouldn’t feel resentful of the almighty boss throwing down orders like lightning bolts from the heavens if that was the case.

But why? Here are a few reasons:

As a leader, you’d be shocked if you realized just how much of an effect you have on other people. You don’t have to be the CEO or manage 100 teams of 100 people to have the influence either. The even more surprising part? A lot of your influence is actually not a conscious effort on your part. Boom.

The reason I’m suggesting that as a leader you should be emulating ideal is because people will pick up on it. People see how you act, whether good or bad, and will learn to emulate your own behavior. If you’re a hard worker who gets things done, your teammates will learn that that’s what drives the team’s success. If you’re always putting down people’s work, then it will be the norm for nobody to really have an appreciation for the work of others. If you’re watching YouTube and surfing the net all day, that’s now acceptable behavior for everyone else. Repeatedly show up late for or flake out on meetings? Don’t be surprised if meetings become less effective. Constantly encouraging people and acknowledging their successes? You’ll start to see others praising each other. These might be generalizations of course, but if everything else is aligned I’m sure you’ll see these kinds of trends.

This truly is often overlooked. Once you’ve gained respect from people and you have their attention, your actions will have a big impact. So now instead of expecting your team members to act in accordance of what you think is ideal, why not live it out yourself? They’ll automatically start making the transition, especially if you’ve clearly communicated your expectations to them.

You get the most buy in from others when you lead by example, and you’ll become much more effective as a manager or leader. You have your own expectations of what ideal is, so it’s important to communicate them with your team (Side note: expectations go both ways. Make sure your team’s expectations of an ideal leader are properly communicated to you). One of the best ways you can communicate your expectations through leading by example regularly, and you drive the point home by emulating your definition of ideal.

If you’re looking for a bit more on how and why to lead by example, consider these links: